Summer might be coming to a close, but that doesn’t mean there’s nothing left to do in Broomfield. In fact, some of the best events in Broomfield are happening within the next couple of months! Which of these fun events will you be attending?

The final concert during Wednesdays on the Waterfront is happening this Wednesday at Broomfield Amphitheater, and you don’t want to miss it! Tap your feet along with the drummers and bagpipers as Celtic Legacy presents their own twist on this traditional music genre.

You don’t have to be an Olympic athlete to swim, bike, or run in this race — Broomfield’s Mini HaHa Triathlon was designed to be fun for all ages! If you’re eager to participate, you can print out a registration form here. Packet pick-up is on Tuesday, August 22nd starting at 5 PM with a race information meeting at 6 PM. You can find out more on the Mini HaHa Triathlon website. 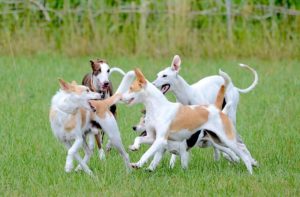 The ultimate community celebration is coming up at the end of September! Broomfield Days is packed with all kinds of fun events, including a 5K, a parade, live entertainment, and plenty of food booths and local vendors. On Friday, though, you can kick off the celebration during the Broomfield Days Open Golf Tournament at the Broadlands Golf Course.

Don’t worry about having to find a pet-sitter during this community festival — Broomfield Days is dog-friendly! BowWow Broomfield is a special section of the park dedicated exclusively to Broomfield’s pet residents, giving dogs a chance to enjoy some competitions of their own.

In Broomfield, the 1stBank Center is one of the best events venues in the area, so there is always something on the calendar. Here are a few upcoming concerts and tours coming to 1stBank Center in the next couple of months:

Considering a Move to Broomfield? We Can Help!

You’ll love living in Broomfield! There’s always something happening in our area, from city-wide events like Broomfield Days to intimate gatherings with people in your own neighborhood. We’d be more than happy to give you insider information about fun things to do here!

If you’re considering buying a home in Broomfield, we have plenty of resources about the area as well as about the home buying process. Contact the Advantage Realty Team at (303) 548-8231 and let’s talk about your plans.